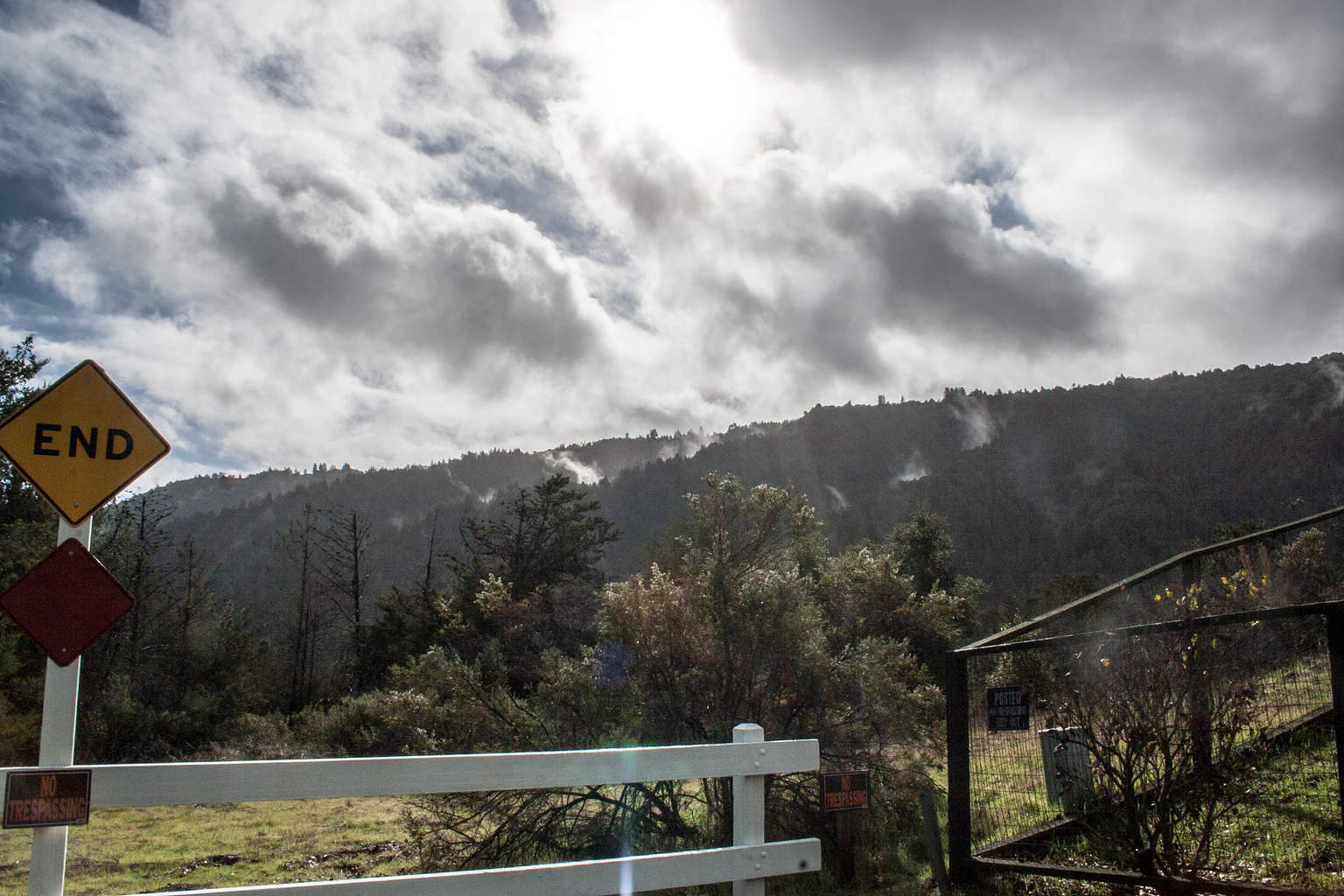 “I believe the world is incomprehensibly beautiful — an endless prospect of magic and wonder.”
— Ansel Adams 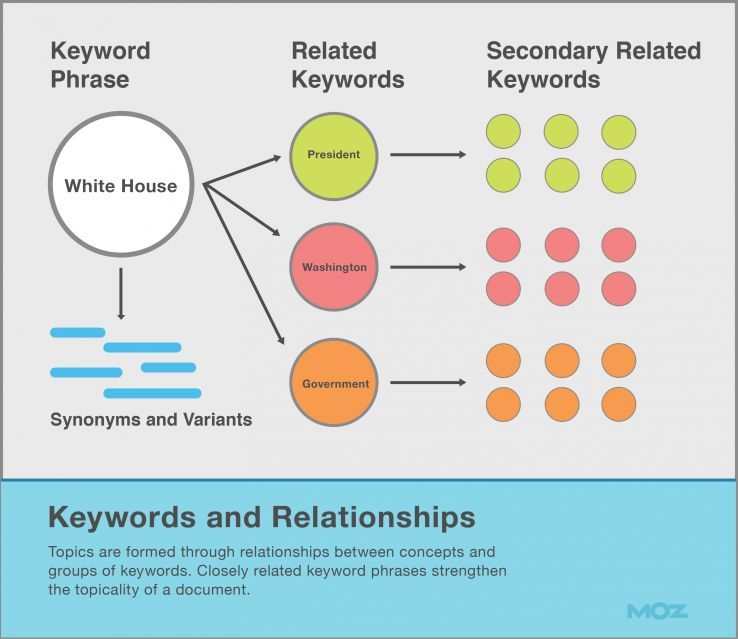 Search engine optimization is important, but so is creating rich and engaging content for your readers.  This Moz blog article presents a framework, complete with incredibly useful graphics,  for creating on-page topic targeting optimization easy and scaleable. 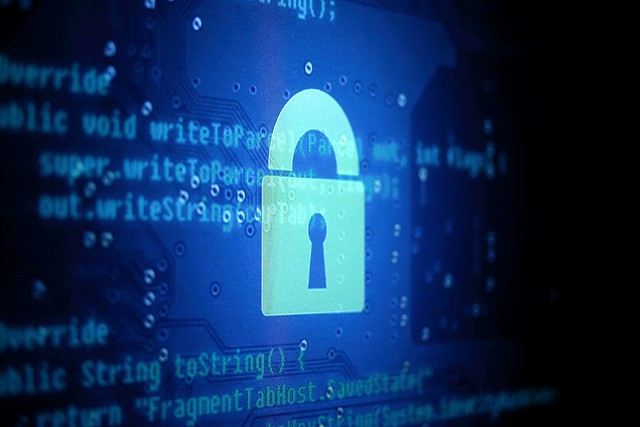 It’s only Tuesday, and it’s already been a very busy week for WordPress site owners and Webmasters.  Yesterday, April 20th, Securi announced the XSS vulnerability affecting multiple WordPress plugins including some of those most widely used by the community.  This has resulted in a slew of plugin updates being released.  I expect the updates to continue rolling in as additional plugin authors discover and correct the issue.  Alongside the many plugin updates, WordPress released a security update to the core system, 4.1.2 as well.

WordPress is a remarkably customizable and flexible platform.  It is constantly evolving and part of what makes it so great, the vast community of WordPress developers and plugin authors, makes it subject to security issues.  The large percentage of sites running WordPress, last reported at 23.7% of ALL websites, makes it a high-profile targets to hackers.  It is imperative that site owners and Webmasters keep their WordPress installations, including all plugins up-to-date.  Sadly W3tech reports only WPTavern reports roughly 36% of sites are running the latest version of WordPress.

Is your site up-to-date? 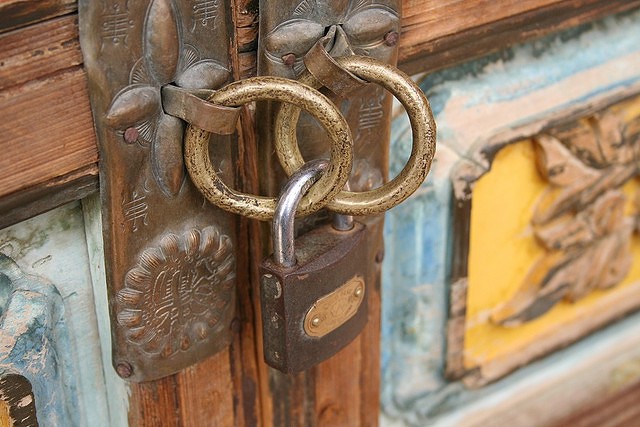 WordPress.org states 4.0.1 is a critical security release for all previous versions.  All sites are strongly encouraged to update.  If you have automatic background updates turned on, your site will automatically be updated in the next few hours.  If you do not have automatic updates turned on, Download WordPress 4.0.1 or login to your WP Backend and go to Dashboard ? Updates and simply click “Update Now”.

WordPress versions 3.9.2 and earlier are affected by a critical cross-site scripting vulnerability, which could enable anonymous users to compromise a site. This was reported by Jouko Pynnonen. This issue does not affect version 4.0, but version 4.0.1 does address these eight security issues: 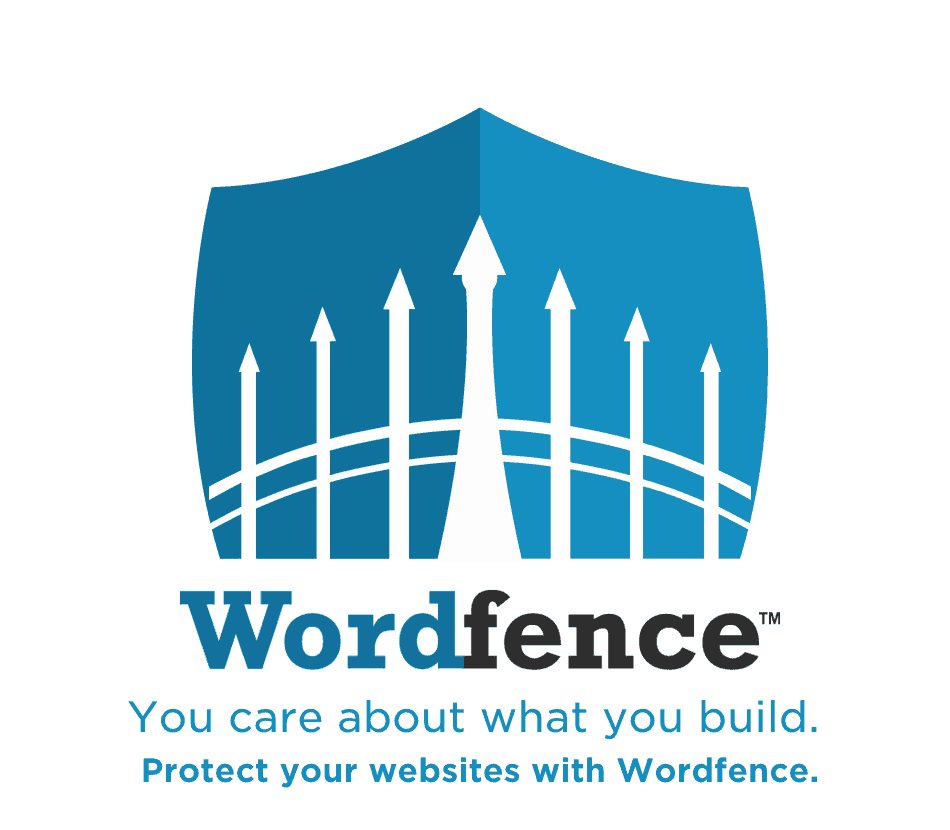 Wordfence creator, Mark Maunder, has identified  several themes with either a Cross-site request forgery (CSRF) file upload vulnerability, or an email sender vulnerability.  The exploit of these security hole has been seen in the wild. If you are using any of the  themes listed below,  you should contact the developer immediately to see if there is a patch available. Work with them to determine if your particular version contains the vulnerability and get their advice on what action to take.  If the developers do not respond after a reasonable amount of time, work with your hosting provider or webmaster to determine if you have a vulnerability and what action to take.  Remember that deactivation will not remove the vulnerability. If no patch is available, or if the theme appears abandoned or unsupported you should completely uninstall and remove all files associated with the theme or plugin from your site to remove the security hole. 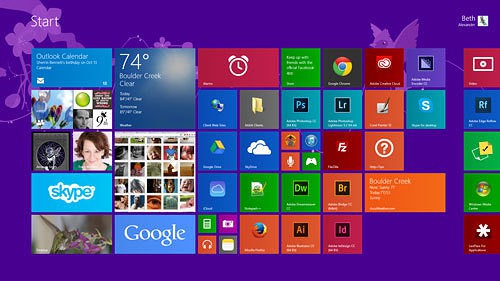 Why You Should Upgrade to Windows 8.1

UPDATE: Microsoft has temporarily pulled the 8.1 RT version due to issues some users experienced when installing the update on their tablets and mobile devices.

Windows 8.1 was released October 17, 2013. It took about an hour to update my laptop from Windows 8 to 8.1.  My computer had trouble reconnecting to my router after the upgrade, but a router reboot solved the issue.  Other than that, the upgrade process went smoothly.  Learn more about all the new features here.

Short Video on how to update to 8.1 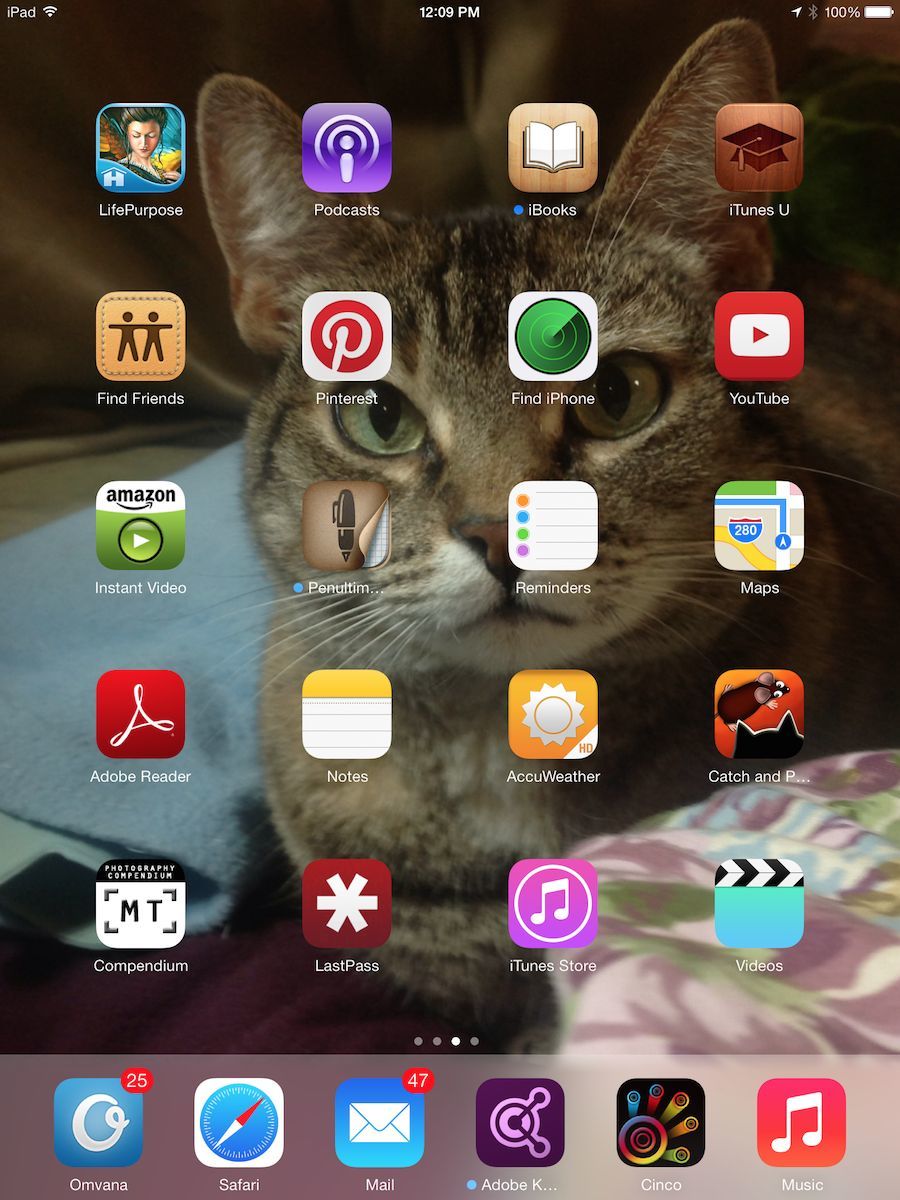 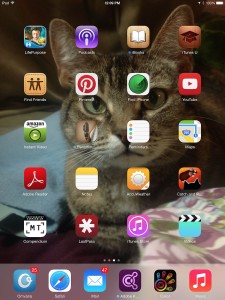 Before you upgrade, check to see if your device is compatible with iOS7:

In addition to the newly announced iPhone 5s and 5c, the following devices are compatible with iOS 7:

Also note: Some new features are not available on older generation devices.

The first thing you’ll notice is the new look.  No more glossy beveled icons. The design goals were to make iOS7 “simpler, more useful and more enjoyable — but still feel instantly familiar.”  It takes some getting used to, especially to long-time devotees, but the overall reaction to the new design has been positive thus far. Designers across the web have been scrambling to emulate the “flat-look” trend.  Despite the cosmetic makeover, most of the features and options you are used to are still in the same places.  There are some new features to take note of outlined below under New Features.

Swiping, from the right and left edges of the screen, has come into it’s own as a quicker, more efficient way to navigate the iOS as well as getting around the web in Safari. 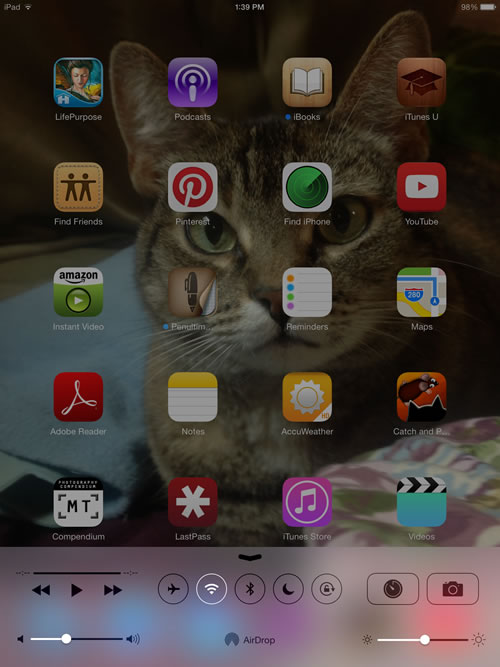 This feature has been on the user wishlist for sometime.  The Control Center  is activated by swiping upwards from the bottom of the screen to reveal a set of options for controlling various settings. The arrangement of these icons differs depending on whether you’re using your device in landscape or portrait mode, but the options, icons and functions remain the same. This feature seems to be more suited for the larger iPad screen. On the iPhone, Control Center takes up the majority of the screen, while on the iPad, it only takes up a quarter of the screen in Portrait mode. The layout is much less confusing as well, with each feature sectioned off in thirds on the iPad. Media controls are located to the left, Toggles in the middle, and frequently used app shortcuts on the right.

Because the feature is by default accessible anywhere, Control Centre can also be accessed from the lock screen without unlocking your phone. If you would like to change this setting, you can disable Control Centre from appearing on your lock screen or while you are using apps via Settings > Control Center menu.

AirDrop facilitates sharing between iOS devices.  It lets you quickly and easily share photos, videos, contacts — and anything else from any app with a Share button. Just tap Share, then select the person you want to share with. AirDrop does the rest using Wi-Fi and Bluetooth. No setup required. And transfers are encrypted, so what you share is highly secure. Your AirDrop visibility settings can be configured from Control Center to allow interaction with nobody, only those you know (your Contacts) or Everyone.

The option to share via AirDrop shows up whenever you click the Share button for most items including photos, videos, contacts and web pages. In order tt use AirDrop, choose an item you would like to share, hit the Share button (it looks like a box with an arrow coming out of it) and select the target device in the AirDrop field. If no devices show up, tell the recipient to adjust their visibility or add you as a contact.

Receiving via AirDrop is similarly simple, and whenever a user tries to share with you a confirmation dialogue will appear asking you whether or not you want to receive the item or not. The prompt will often include a preview of the photo or video and indication as to what it is you are receiving.

This new feature only works on the iPhone 5, fifth generation iPod Touch and the fourth generation iPad (and older) and iPad mini due to a dependence on a newer Wi-Fi chip found in these devices.

From My Goodreads Shelf

DISCLOSURE: I may be an affiliate for products that I recommend. If you purchase those items through my links I will earn a commission. You will not pay more when buying a product through an ad or link on this site. In fact, oftentimes I am able to negotiate a lower rate (or bonuses) not available elsewhere.

Share This
We use cookies to ensure that we give you the best experience on our website. If you continue to use this site we will assume that you are happy with it.OKRead more